Brown dwarfs are objects intermediate between stars and planets in terms of their mass. As opposed to stars, brown dwarfs can’t sustain hydrogen fusion and as a result, they cool and dim over time and their atmospheres resemble those of giant planets like Jupiter. The cooling of brown dwarfs becomes an evolutionary sequence which goes through M, L, T and Y spectral types, depending on the molecules present in their atmospheres. 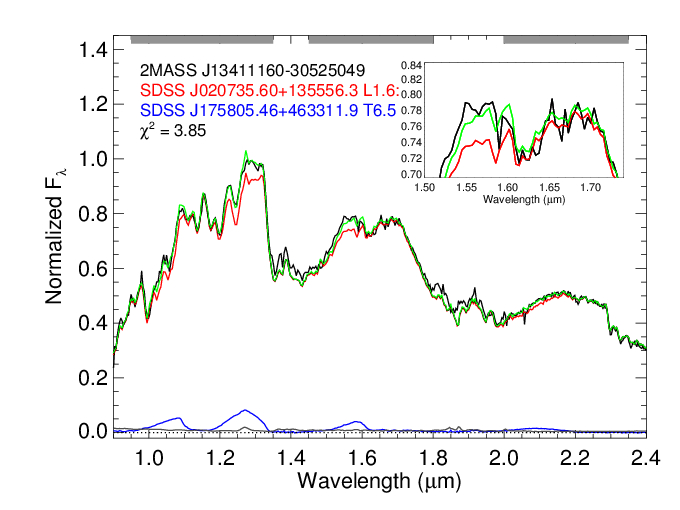 Spectral binaries are systems whose unresolved, blended-light spectrum shows peculiarities that reveal the presence of a secondary source. The atmospheres of late-M and early-L dwarfs are too hot to harbor methane, which is the observational signature of T dwarfs, so the identification of methane absorption in these spectra indicates the presence of an unresolved T dwarf.

The components of spectral binaries have unequal brightness. The different shapes of their spectra allow me to identify the peculiarities from the T dwarf secondary, and follow up with high resolution imaging is one powerful way to confirm a source as binary. From my sample of 17 spectral binaries, Keck images revealed 3 binary systems, while 5 more remain unresolved despite having been previously confirmed as binaries. The binary fraction of very low mass stars and brown dwarfs is ~10-20%, heavily representing discoveries through imaging. From my study, the fraction of resolved binaries supports this statistic, although the fact that 29% of my sources were unresolved binaries indicates that the true binary fraction may be underestimated. 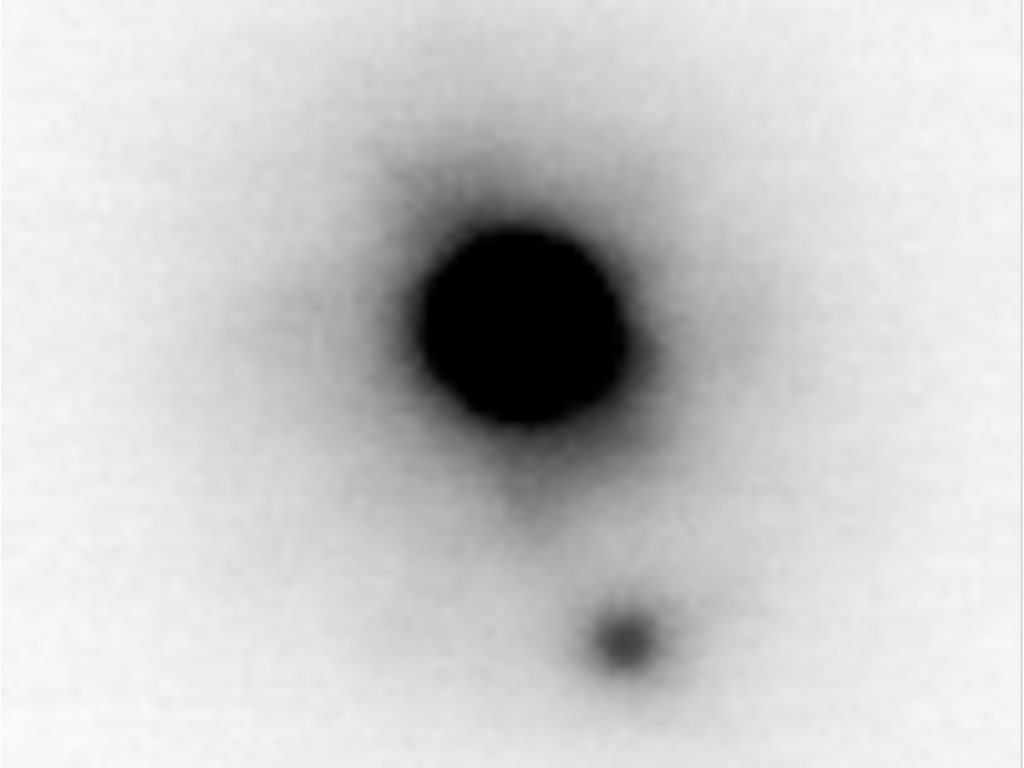 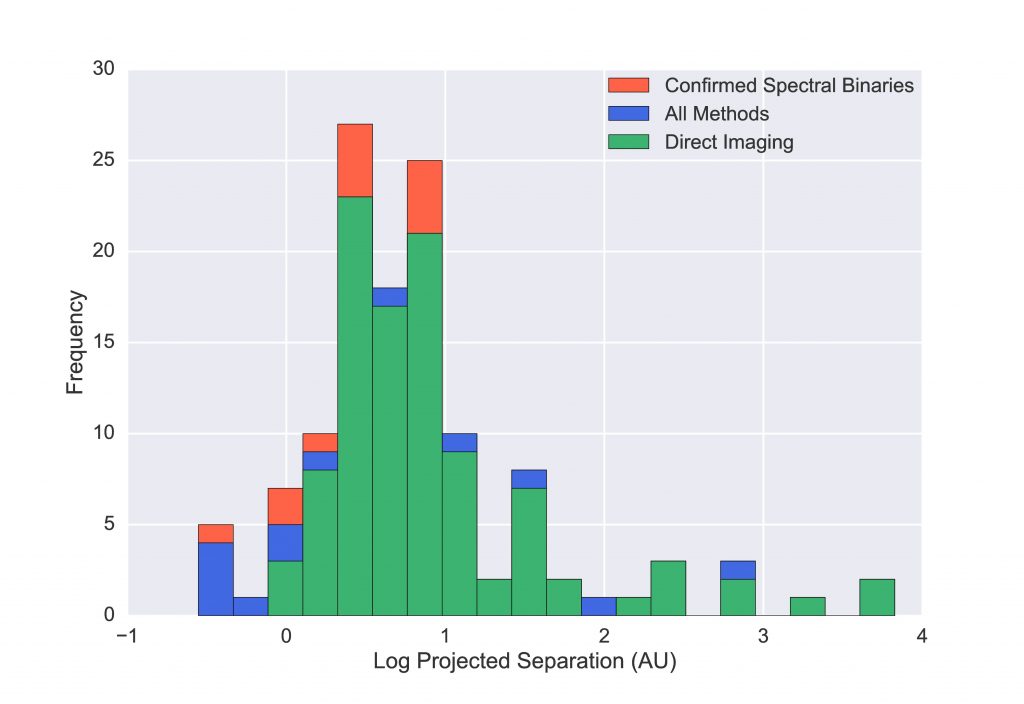 So far, ~60 spectral binary systems are known, and only 12 of those have been confirmed as binaries. In order to find the true binary fraction of very low mass stars and brown dwarfs, a complete, unbiased sample is needed. For my thesis, I’m compiling and observing low resolution spectra of all published brown dwarfs with spectral types between M7 and L5 within 25pc and incorporating new discoveries from a photometric crossmatch between SDSS, 2MASS and WISE.